Location : 20km North from Béziers, the appellation is made of South oriented terraces on the tortured slopes of the Cévennes foothills.
Planted surface : 1800 hectares on 7 villages
Altitude : from 150 to 500 meters for the northern foothills of the appellation
Varieties : Syrah, Grenache, Carignan, Mourvèdre (only Languedoc AOC where it is compulsory), Cinsault

Syrah which mineral and floral character is quite asserted and that will marry the late ripening Mourvèdre.

The only AOC in the region where soils are so homogeneous exclusively made of schists. The word schist comes from Latin, “schistus” and from Greek “skhistos”: which can be split. These schist soils are made of clay, deposits of the Primitive Sea.
When occurred the Hercynian folding, these clays suffered huge compression phenomena due to very strong heats. Then resulted the schists we have today: stony, on folders or on successive layers. Their colour varies from blue (slate) to red if they are more ferruginous but more often are brown or green.
These schist soils are particularly filtering, poor and very acid. They have a great ability to keep water (up to 40% of their volume) and also to accumulate heat (nearly twice more than limestone) and to release it during the coolest hours of the nights of late August in order to favour slow ripening on late varieties like Mourvèdre.
At the beginning of the 60’s, extremely violent rain falls caused important gully erosion which destroyed part of the vineyards after some plots were fully buried. This is when the vineyard has been replanted with contour lines in order to minimize erosion and retain water.

South oriented, 30km far from the Mediterranean Sea, Faugères foothills are on the mix influence of Tramontane and Sea winds. A dry and violent wind which blows from North West and accelerate between the Pyrenées Mountains and southern Massif Central opposes these humid winds from the Sea to bring the best conditions for the vines to cope with the typical hot and dry summer.

We usually base our blend on a large part of Syrah which mineral and floral character is quite asserted and that will marry the late ripening Mourvèdre, selected to bring structure and serious shoulders to the wine. 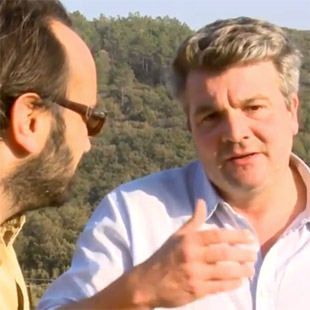 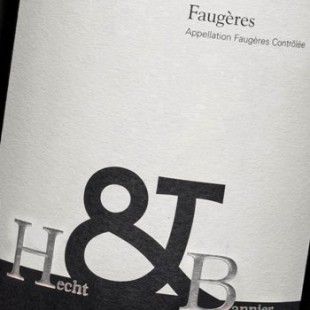