Labor Day, on the first Monday in September, traditionally marks the end of summer for Americans and brings with it the fashion convention of no longer wearing white.

As the temperature starts to go down, there is a similar convention with wine. Consumers start moving away from white wines and begin gravitating toward the reds to complement the cooler temperatures and seasonal foods.

But that isn’t the only way to move away from white wine. Rosé and sparkling wines, in particular, have become generally accepted as year-round libations rather than just summertime, holiday, or celebratory beverages.

“Rosé is definitely enjoyable for more than just the summer months,” says Nicole McAllister, sommelier at the double Michelin-starred restaurant Jean-Georges in New York City. “In the fall, I’d opt for something with a little bit more body, like a Tavel [a dark pink-hued rosé]. Still thirst quenching and delicious, but more robust.”

For those looking for some more traditional fall-friendly wines, Sarah Plath, former assistant wine director for The NoMad Bar and Restaurant in New York, suggests cooler vintages can bring out a mix of spiced and savory flavors in red Burgundy after five or more years of age. “Cooler vintages can really surprise you as an underdog,” she says. “That tiny amount of bitterness present in fuller-bodied rosés pairs really well with fall herbs like rosemary and sage.”

Hecht & Bannier: A boutique winery in France’s epicenter for rosé production, Hecht & Bannier’s bottle exemplifies rosé from Provence with a refreshing and floral wine. H&B Provence is a great rosé for the fall, when you haven’t turned back to heavy, muscular reds yet, says the winery’s owner, Gregory Hecht: “I always see it as a great pick for Thanksgiving. Its fruit character and vivid expression pair great with turkey. Rosé is the best of both worlds, and it is a perfect alternative for the traditional combo of turkey and Pinot Noir.” SRP: $18. 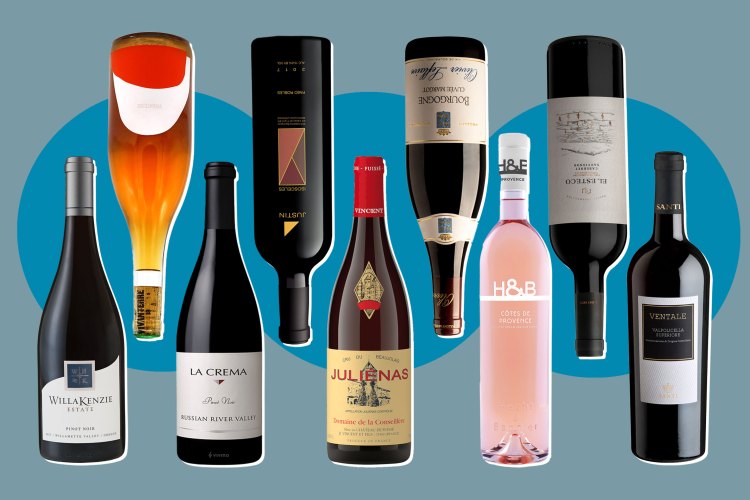