In Bandol, 2009 was contrasted with two distinct phases: the summer and autumn were particularly sunny with higher temperatures than usual (on average +1,3°C in both seasons) and the beginning of the year was unusually cold, with a lot of snowfalls.

At first, the water reserves were satisfying, but the rather mild weather of the following months brought about a significant decline of the hydric reserves into the first meter of soil.

From March to November, the rainfalls showed a deficit in the area, almost three times lower than normality.

The spring was also mild, and then followed by a widely sunny summer.

For the harvest, the combination of a long period of sunshine throughout the vineyard and the scattered but sufficient rainfalls has ensured the optimal maturing conditions for the Mourvèdre. 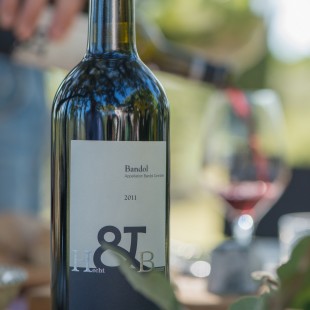